Book Week will be celebrated during Week 6 Term 3.

Dress up day will take place on the Friday 28th August - but this will be confirmed as some dates changed due to COVID 19. 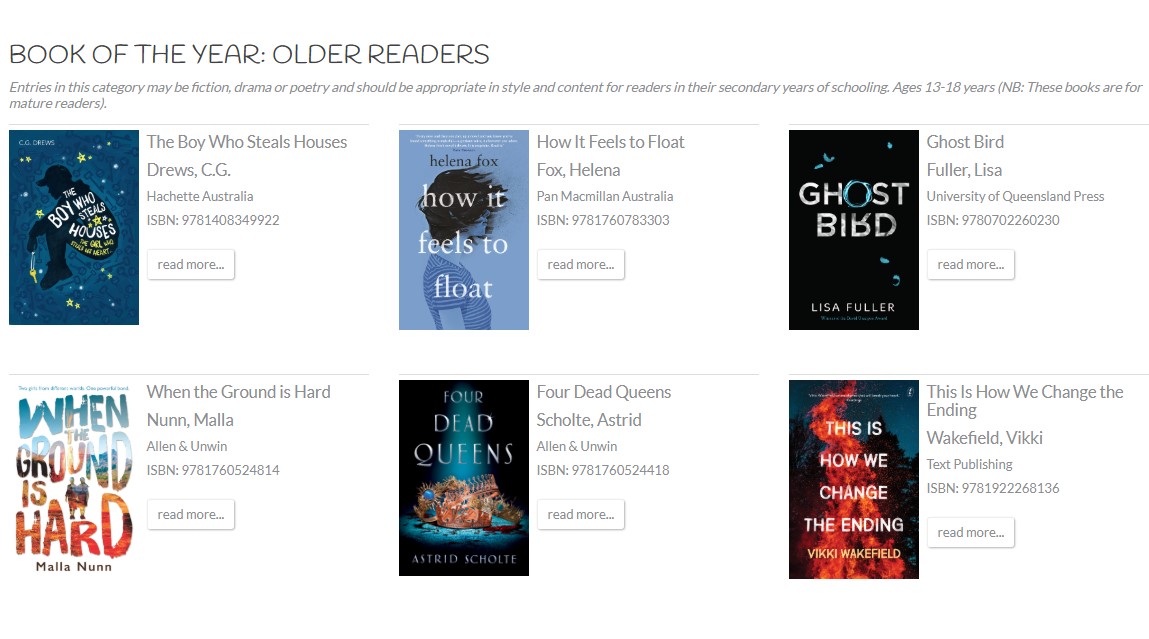 Entries in this category may be fiction, drama or poetry and should be appropriate in style and content for readers in their secondary years of schooling. Ages 13-18 years (NB: These books are for mature readers). 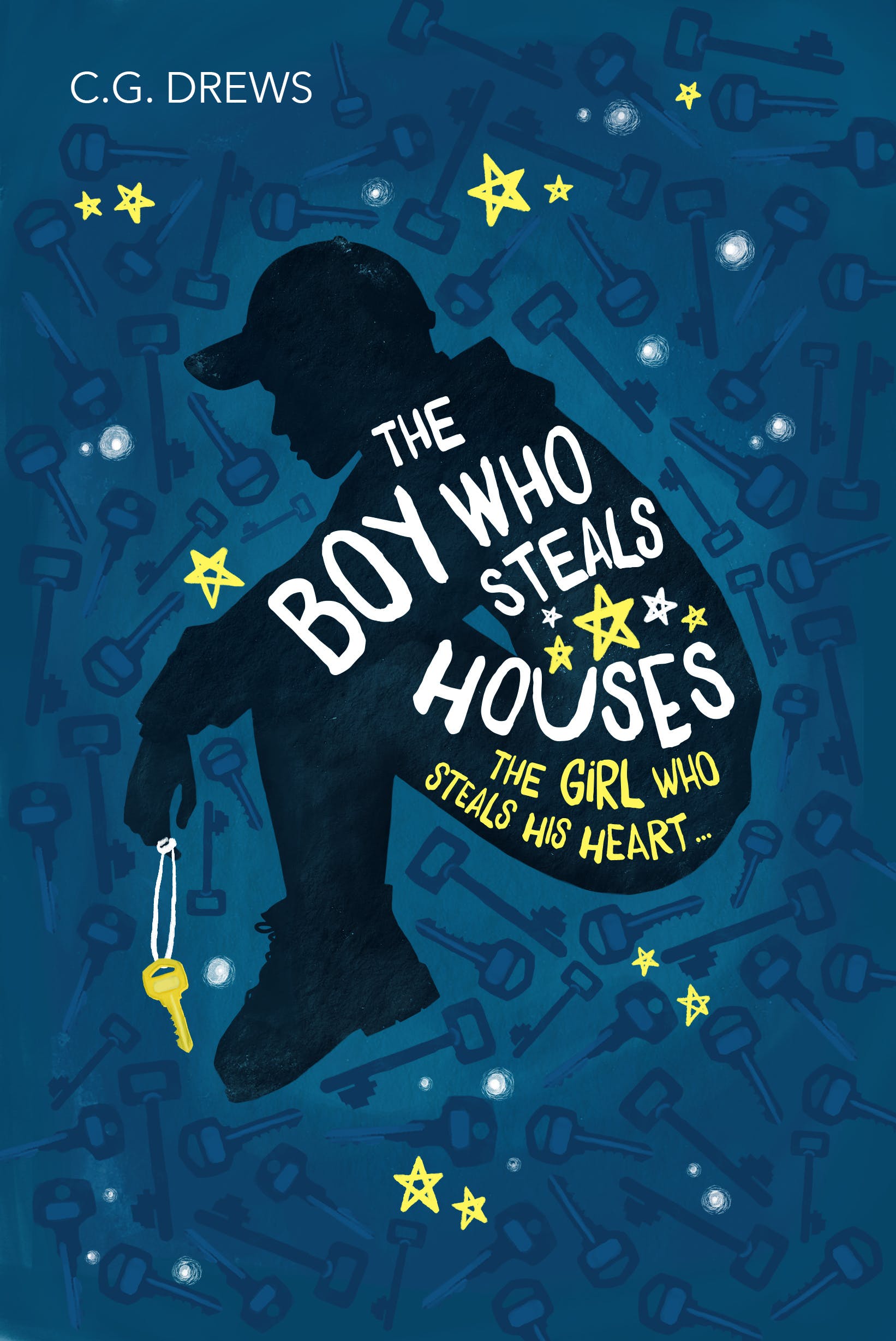 FORM OF NOTICE FOR PARAGRAPH 135ZXA(a) OF
COPYRIGHT ACT 1968

WARNING
This material has been reproduced and communicated to you by or on behalf of Penrhos College
pursuant to Part VB of the Copyright Act 1968 (the Act).

Do not remove this notice.

The boy who steals houses C.G Drews
Can two broken boys find their perfect home? By turns heartbreaking and heartwarming, this is a gorgeously told, powerful story.
Sam is only fifteen but he and his autistic older brother, Avery, have been abandoned by every relative he's ever known. Now Sam's trying to build a new life for them. He survives by breaking into empty houses when their owners are away, until one day he's caught out when a family returns home.

“I smile for the first time in approximately six days, or a month, or ever. Something inside me shifts, opens. It makes way for the possibility of something good.”

Helena Fox, How It Feels to Float

An Australian teenager struggles to cope with grief and mental illness. A profoundly moving story about grief, loss and love.

Ghost Bird by Lisa Fuller is a wonderfully original, spooky, and action-packed YA debut novel. The author has delved into her rich cultural heritage to selectively weave Indigenous beliefs into her storytelling, and as a result, this is a refreshingly different to every other offering in the YA market.

When the ground is hard, Malla Nunn
In this stunning and heartrending tale set in a Swaziland boarding school, two girls of different castes bond over a shared copy of Jane Eyre.
Adele Joubert loves being one of the popular girls at Keziah Christian Academy. She knows the upcoming semester at school is going to be great with her best friend Delia at her side. Then Delia dumps her for a new girl with more money, and Adele is forced to share a room with Lottie, the school pariah, who doesn't pray and defies teachers' orders.
But as they share a copy of Jane Eyre, Lottie's gruff exterior and honesty grow on Adele, and Lottie learns to be a little sweeter. Together, they take on bullies and protect each other from the vindictive and prejudiced teachers. Then a boy goes missing on campus and Adele and Lottie must rely on each other to solve the mystery and maybe learn the true meaning of friendship.

Four dead queens, Astrid Scholte
Seventeen-year-old Keralie Corrington may seem harmless, but in fact, she's one of Quadara's most skilled thieves and a liar. Varin, on the other hand, is an honest, upstanding citizen of Quadara's most enlightened region, Eonia. Varin runs afoul of Keralie when she steals a package from him, putting his life in danger. When Varin attempts to retrieve the package, he and Keralie find themselves entangled in a conspiracy that leaves all four of Quadara's queens dead.

This is How We Change the Ending Vikki Wakefield
I have questions I’ve never asked. Worries I’ve never shared. Thoughts that circle and collide and die screaming because they never make it outside my head. Stuff like that, if you let it go—it’s a survival risk.
Sixteen-year-old Nate McKee is doing his best to be invisible. He’s worried about a lot of things—how his dad treats Nance and his twin half-brothers; the hydro crop in his bedroom; his reckless friend, Merrick. Raw and real, funny and heartbreaking.

Video of the 2020 Shortlist Announcement

NOTABLES - 2020
Congratulations to all CBCA Notables Authors, Illustrators and Publishers for 2020.